Página xi
Since Betty was always a private woman, the few times that we shared as friends
are precious and treasured. It is difficult to describe a woman who was complex
and yet simple in her wisdom. Her strict upbringing by her adoptive mother and ...
Página xvii
One of Betty's friends with whom she unburdened late in life remembered that the
widow occasionally talked in riddles. Another companion sometimes caught the
normally composed, even stoic matriarch locked in a far-off stare and mumbling ...
Página xxi
There were whispers that she was working on an autobiography, but few of her
friends knew anything about a book deal. Some said she had mellowed in recent
months. But she hardly seemed serene slaloming through the halls at Medgar ...
Página 41
Lo sentimos, el contenido de esta página está restringido..
Página 391
Lo sentimos, el contenido de esta página está restringido..
Siguiente » 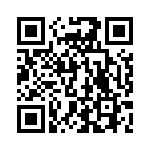