Página 23 - The basis of our governments being the opinion of the people, the very first object should be to keep that right; and were it left to me to decide whether we should have a government without newspapers, or newspapers without a government, I should not hesitate a moment to prefer the latter.
Aparece en 649 libros desde 1829-2008
Página 178 - The constitution, by declaring treaties already made, as well as those to be made, to be the supreme law of the land, has adopted and sanctioned the previous treaties with the Indian nations, and, consequently, admits their rank among those powers who are capable of making treaties. The words "treaty...
Aparece en 167 libros desde 1813-2008
Más
Página 178 - treaty" and " nation" are words of our own language, selected in our diplomatic and legislative proceedings, by ourselves, having each a definite and well understood meaning. We have applied them to Indians as we have applied them to the other nations of the earth. They are applied to all in the same sense.
Aparece en 135 libros desde 1813-2008
Página 9 - Regulating the trade and managing all affairs with the Indians, not members of any of the States ; provided that the legislative right of any State within its own limits be not infringed or violated...
Aparece en 680 libros desde 1795-2008
Página 343 - From their very weakness and helplessness, so largely due to the course of dealing of the Federal government with them and the treaties in which it has been promised, there arises the duty of protection, and with it the power. This has always been recognized by the Executive and by Congress, and by this court, whenever the question has arisen.
Aparece en 199 libros desde 1867-2008
Página 321 - The Cherokee nation, then, is a distinct community, occupying its own territory, with boundaries accurately described, in which the laws of Georgia can have no force, and which the citizens of Georgia have no right to enter, but with the assent of the Cherokees themselves, or in conformity with treaties, and with the acts of Congress.
Aparece en 250 libros desde 1828-2008
Página 321 - The very fact of repeated treaties with them recognizes it; and the settled doctrine of the law of nations is that a weaker power does not surrender its independence — its right to self-government, by associating with a stronger and taking its protection. A weak State in order to provide for its safety, may place itself under the protection of one more powerful without stripping itself of the right of government, and ceasing to be a State. Examples of this kind are not wanting in Europe. "Tributary...
Aparece en 153 libros desde 1828-2008
Página 170 - Only to the white man was nature a "wilderness" and only to him was the land "infested" with "wild" animals and "savage" people. To us it was tame. Earth was bountiful and we were surrounded with the blessings of the Great Mystery. Not until the hairy man from the east came and with brutal frenzy heaped injustices upon us and the families we loved was it "wild
Aparece en 128 libros desde 1881-2008
Página 32 - We are a Powerful! confederacy, and by your observing the same Methods our wise Forefathers have taken, you will acquire fresh Strength and Power ; therefore, whatever befalls you, never fall out with one another.
Aparece en 86 libros desde 1747-2008
Menos

BRUCE ELLIOTT JOHANSEN is Robert T. Reilly Professor of Journalism and Native American Studies at the University of Nebraska, Omaha. He is the author/editor of numerous books including Native American Political Systems and the Evolution of Democracy: An Annotated Bibliography (Greenwood, 1996). 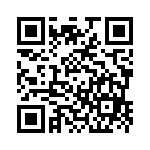