Página 108
From the connection , it is evident that the scene of this is earth , not heaven :
neither David ' s throne nor the kingdom are in heaven ; and that the literal David
, the son of Jesse , is here referred to , when his throne is mentioned , is evident ...
Página 123
One rule of interpretation reasoned on by Mr . Gipps , is , as quoted by him , from
whom I know not , that “ we are bound to give a literal interpretation , where it is
possible , according to the nature of things . ” If this be applied to symbolical ...
Página 133
... will have to pass through martyrdom to their crown . But though these
expressions were indeed figu . rative , they would not prove the book to be so . I
find as many figures in the Gospel of St . John , to which we are referred , as a
literal book . 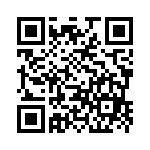