I had originally marked this book as read, but realizing from the placement of a bookmark that I hadn't finished it, I started over. It was well worth reading. For some people this might be more than ... Leer comentario completo

For some people this might be more than they ever wanted to know about "Amazing Grace." About half of the book is a mini-biography of John Newton, who wrote the lyric, with digressions about William ... Leer comentario completo

Página 74 - God;) being justified freely by his grace through the redemption that is in Christ Jesus: whom God hath set forth to be a propitiation through faith in his blood...
Aparece en 898 libros desde 1802-2008
Página 69 - We are accounted righteous before God, only for the merit of our Lord and Saviour Jesus Christ by Faith, and not for our own works or deservings.
Aparece en 1204 libros desde 1584-2008
Más
Página 40 - All things are full of labour; man cannot utter it: the eye is not satisfied with seeing, nor the ear filled with hearing.
Aparece en 659 libros desde 1800-2008
Página 64 - And if by grace, then is it no more of works: otherwise grace is no more grace. But if it be of works, then it is no more grace: otherwise work is no more work.
Aparece en 968 libros desde 1706-2008
Página 109 - He found him in a desert land, and in the waste howling wilderness; he led him about, he instructed him, he kept him as the apple of his eye.
Aparece en 756 libros desde 1669-2008
Página 73 - Anyone who speaks a word against the Son of Man will be forgiven, but anyone who speaks against the Holy Spirit will not be forgiven, either in this age or in the age to come.
Aparece en 337 libros desde 1880-2008
Página 69 - The condition of man, after the fall of Adam, is such, that he cannot turn and prepare himself, by his own natural strength and good works, to faith, and calling upon God : wherefore we have no power to do good works pleasant and acceptable to God, without the grace of God by Christ preventing us, that we may have a good will, and working with us, when we have that good will.
Aparece en 730 libros desde 1584-2008
Página 59 - I was soon put down under the decks, and there I received such a salutation in my nostrils as I had never experienced in my life: so that with the loathsomeness of the stench and crying together, I became so sick and low that I was not able to eat, nor had I the least desire to taste anything.
Aparece en 127 libros desde 1837-2008
Página 6 - The word of God, which is contained in the Scriptures of the Old and New Testaments, is the only rule to direct us how we may glorify and enjoy him.
Aparece en 343 libros desde 1584-2008
Menos

Steve Turner is the author of Trouble Man: The Life and Death of Marvin Gaye, A Hard Day's Write: The Stories Behind Every Beatles' Song, Hungry for Heaven: Rock and Roll and the Search for Redemption, Jack Kerouac: Angelheaded Hipster, and Van Morrison: Too Late to Stop Now. His articles have appeared in Rolling Stone, Mojo, Q, and the London Times. He lives in London with his wife and two children. 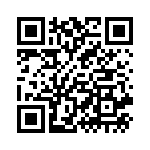