THE JOURNEY OF MARTIN NADAUD: A Life and Turbulent Times

A skillful, imaginative exploration of the life of a 19th-century French stonemason who, with ferocious determination, transformed himself into a potent political force. Tindall (Célestine, 1996, etc ... Leer comentario completo

Gillian Tindall is the author of two enduring books on the history of places, and a study of their meaning to writers. Two of her novels deal with rural France under the Occupation, and an early novel, which won the Somerset Maugham Award, is set in Paris. Her most recent book about nineteenth-century France, Célestine, won high acclaim from critics and from the Franco-British Society, which awarded the book its prestigious Literary Prize. 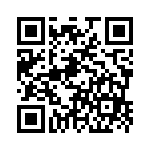