Página xxv - Jesus Christ's Holy institution, in remembrance of his death and passion, may be partakers of his most blessed Body and Blood ; who, in the same night that he was betrayed took bread : and when he had given thanks, he brake it, and gave it to his disciples, saying, Take, eat, this is my body which is given for you : do this in remembrance of me.
Aparece en 545 libros desde 1584-2008
Página vi - Holy, Holy, Holy, Lord God of Sabaoth ; Heaven and earth are full of the Majesty of thy Glory.
Aparece en 1253 libros desde 1703-2008
Más
Página vi - When thou hadst overcome the sharpness of death, thou didst open the kingdom of heaven to all believers.
Aparece en 1023 libros desde 1799-2008
Página 149 - So shall my walk be close with God, Calm and serene my frame ; So purer light shall mark the road That leads me to the Lamb.
Aparece en 1132 libros desde 1784-2008
Página xxxii - And they brought -young children to him, that he should touch them; and his disciples rebuked those that brought them. But when Jesus saw it, he was much displeased, and said unto them, Suffer the little children to come unto me, and forbid them not, for of such is the kingdom of God. Verily I say unto you, Whosoever shall not receive the kingdom of God as a little child, he shall not enter therein. And he took them up in his arms, put his hands upon them, and blessed them.
Aparece en 836 libros desde 1755-2008
Página 294 - RISE, my soul, and stretch thy wings, Thy better portion trace; Rise from transitory things, Towards heaven, thy native place: Sun, and moon, and stars decay, Time shall soon this earth remove; Rise, my soul, and haste away To seats prepared above.
Aparece en 522 libros desde 1801-2007
Página 19 - MY dear Redeemer and my Lord, I read my duty in thy word ; But in thy life the law appears, Drawn out in living characters. 2. Such was thy truth, and such thy zeal, Such deference to thy Father's will — Such love, and meekness so divine — I would transcribe and make them mine.
Aparece en 552 libros desde 1772-2007
Página 237 - From all that dwell below the skies, Let the Creator's praise arise ; Let the Redeemer's name be sung, Through every land, by every tongue. 2. Eternal are thy mercies, Lord ; Eternal truth attends thy word : Thy praise shall sound from shore to shore, Till suns shall rise and set no more.
Aparece en 1234 libros desde 1772-2008
Página 149 - OH for a closer walk with God, A calm and heavenly frame ; A light to shine upon the road That leads me to the Lamb...
Aparece en 1213 libros desde 1776-2008
Página 302 - Here in the body pent, Absent from Him I roam, Yet nightly pitch my moving tent A day's march nearer home. My Father's house on high, Home of my soul ! how near, At times, to faith's foreseeing eye, Thy golden gates appear! Ah! then my spirit faints To reach the land I love, The bright inheritance of saints, Jerusalem above!
Aparece en 584 libros desde 1832-2008
Menos 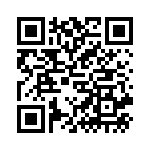