Página 25
Henri , king of engelonde , of hym he halt and to hym buhth . Mayde , to the he
send his sonde & wilneth for to beo the cuth . 105 Ne byt he with the lond ne
leode , vouh ne gray ne rencyan ; Naueth he ther - to none neode , he is riche
and wel ...
Página 115
His habit of recollecting a powerful scene in tranquillity could also lead him to
depict it successfully from two different points of view , as in the excellent sonnet ,
“ Recollection of the Portrait of King Henry the Eighth , Trinity Lodge , Cambridge
...
Página 150
In November and December of the same year , he visited his brother ,
Christopher , at Cambridge . Continuing his interest in architecture , several
sonnets are memorials of that visit , most notably the three on King's College
Chapel , sonnets ... 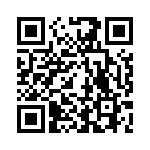