English poet and dramatist George Gordon, Lord Byron was born January 22, 1788, in London. The boy was sent to school in Aberdeen, Scotland, until the age of ten, then to Harrow, and eventually to Cambridge, where he remained form 1805 to 1808. A congenital lameness rankled in the spirit of a high-spirited Byron. As a result, he tried to excel in every thing he did. It was during his Cambridge days that Byron's first poems were published, the Hours of Idleness (1807). The poems were criticized unfavorably. Soon after Byron took the grand tour of the Continent and returned to tell of it in the first two cantos of Childe Harold (1812). Instantly entertained by the descriptions of Spain, Portugal, Albania, and Greece in the first publication, and later travels in Belgium, Germany, Switzerland, and Italy, the public savored Byron's passionate, saucy, and brilliant writing. Byron published the last of Childe Harold, Canto IV, in 1818. The work created and established Byron's immense popularity, his reputation as a poet and his public persona as a brilliant but moody romantic hero, of which he could never rid himself. Some of Byron's lasting works include The Corsair, Lara, Hebrew Melodies, She Walks In Beauty, and the drama Manfred. In 1819 he published the first canto of Don Juan, destined to become his greatest work. Similar to Childe Harold, this epic recounts the exotic and titillating adventures of a young Byronica hero, giving voice to Byron's social and moral criticisms of the age. Criticized as immoral, Byron defended Don Juan fiercely because it was true-the virtues the reader doesn't see in Don Juan are not there precisely because they are so rarely exhibited in life. Nevertheless, the poem is humorous, rollicking, thoughtful, and entertaining, an enduring masterpiece of English literature. Byron died of fever in Greece in 1824, attempting to finance and lead the Byron Brigade of Greek freedom fighters against the Turks.

Matthew Arnold, a noted poet, critic, and philosopher, was born in England on December 24, 1822 and educated at Oxford University. In 1851, he was appointed inspector of schools, a position he held until 1880. Arnold also served as a professor of poetry at Oxford, during which time he delivered many lectures that ultimately became essays. Arnold is considered a quintessential proponent of Victorian ideals. He argued for higher standards in literature and education and extolled classic virtues of manners, impersonality and unanimity. After writing several works of poetry, Arnold turned to criticism, authoring such works as On Translating Homer, Culture and Anarchy, and Essays in Criticism. In these and other works, he criticized the populace, especially the middle class, whom he branded as "philistines" for their degrading values. He greatly influenced both British and American criticism. In later life, he turned to religion. In works such as Literature and Dogma and God and the Bible, he explains his conservative philosophy and attempts to interpret the Bible as literature. Arnold died from heart failure on April 15, 1888 in Liverpool, England. 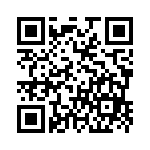