Página
That when the Committee have Methodist Episcopal Church , on completed their
work , they shall submit their report to the Bishops for their the thirtieth day of May
, 1876 , approval , and the Bishops approving , adopted the following report ...
Página
With Tunes Methodist Episcopal Church. APPROVAL BY THE BISHOPS hymn
which the Committee has intro . duced into the Revised Hymn Book . To the
Committee appointed to revise After the Committee had made a few the Hymn
Book ...
Página 1
TO THE MEMBERS AND FRIENDS OF THE METHODIST EPISCOPAL CHURCH
. UNDER the direction of the General Conference of 1876 this revised edition of
our excellent Hymn Book has been prepared . The action of the General ...
Página 2
I ' he Committee appointed by order of the last General Conference to revise the
Hymn Book , was also empowered “ to prepare a suitable Hymn and Tune Book
for the use of the Church ; ” and this book is presented as the result of its labor .
Página 3
With Tunes Methodist Episcopal Church. of a solid , enduring kind . Wherever
pages that face each other contain hymns of the same meter it has been the aim
to adapt them to one old tune and one less familiar . The number of tunes for ...
Siguiente »

Página 262 - Prayer is the burden of a sigh, The falling of a tear, The upward glancing of an eye, When none but God is near.
Aparece en 907 libros desde 1813-2008
Página 72 - To you, in David's town, this day Is born, of David's line, The Saviour, who is Christ the Lord ; And this shall be the sign : 4 " The heavenly babe you there shall find To human view displayed, All meanly wrapped in swathing bands, And in a manger laid.
Aparece en 685 libros desde 1745-2007
Más
Página 497 - He which soweth sparingly shall reap also sparingly; and he which soweth bountifully shall reap also bountifully. Every man according as he purposeth in his heart, so let him give; not grudgingly, or of necessity: for God loveth a cheerful giver. [2 Cor. ix, 6, 7.] As we have therefore opportunity, let us do good unto all men, especially unto them who are of the household of faith.
Aparece en 909 libros desde 1714-2008
Página 498 - ALMIGHTY God, unto Whom all hearts be open, all desires known, and from . Whom no secrets are hid ; Cleanse the thoughts of our hearts by the inspiration of Thy Holy Spirit, that we may perfectly love Thee, and worthily magnify Thy holy Name ; through Christ our Lord. Amen.
Aparece en 744 libros desde 1786-2008
Página 285 - While life's dark maze I tread, And griefs around me spread, Be thou my Guide; Bid darkness turn to day, Wipe sorrow's tears away, Nor let me ever stray From thee aside.
Aparece en 632 libros desde 1832-2008
Página 397 - RISE, my soul, and stretch thy wings, Thy better portion trace ; Rise from transitory things Toward heaven, thy native place : Sun, and moon, and stars decay, Time shall soon this earth remove ; Rise, my soul, and haste away To seats prepared above.
Aparece en 507 libros desde 1801-2007
Página 201 - So shall my walk be close with God, Calm and serene my frame ; So purer light shall mark the road That leads me to the Lamb.
Aparece en 789 libros desde 1801-2007
Página 249 - I would not have the restless will That hurries to and fro, Seeking for some great thing to do, Or secret thing to know ; I would be treated as a child, And guided where I go.
Aparece en 469 libros desde 1824-2007
Página 222 - Ashamed of Jesus, that dear Friend On whom my hopes of heaven depend! No; when I blush, be this my shame, That I no more revere His name.
Aparece en 431 libros desde 1810-2006
Página 340 - What though the spicy breezes Blow soft o'er Ceylon's isle; Though every prospect pleases, And only man is vile : In vain with lavish kindness The gifts of God are strown : The heathen, in his blindness, Bows down to wood and stone.
Aparece en 1248 libros desde 1814-2008
Menos 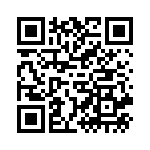