Página 32
To consider this tradition with reference to Lycidas is the object of the present
essay . I do not propose to write a history of the pastoral elegy , but simply to
indicate the origin of those elements of the elegiac tradition which appear in
Lycidas ...
Página 324
It is from those exalted “ intentions ” that he has been " plucked ” by the “ abortive
and foredated discovery ” of the present occasion ( " sad occasion dear " ) and he
knows that the reader will understand how reluctant he is “ to interrupt the ...
Página 332
Apollo against the pastoral , for he can then present himself as the judge of their
respective assertions . But no sooner has he reclaimed the central and directing
role ( “ But now my oat proceeds ” ) than it is once again taken from him : But now
...

M. H. Abrams, 1912 - 2015 Meyer Howard Abrams was born in Long Branch, New Jersey on July 23, 1912. He received a B.A. in English from Harvard University in 1934. He won a Henry fellowship to Cambridge University in 1935. He returned to Harvard University, where he received a Masters' degree in 1937 and a Ph. D. in 1940. He joined the Cornell University faculty in 1945 and taught a popular introductory survey class. While at Cornell in the 1950s, he was asked by publisher W. W. Norton to lead a team of editors compiling excerpts of vital English works. The first edition of the Norton Anthology came out in 1962. Abrams stayed on through seven editions. He was also the author of a popular Glossary of Literary Terms, The Mirror and the Lamp: Romantic Theory and the Critical Tradition, Natural Supernaturalism, The Milk of Paradise, and the essay collection The Fourth Dimension of a Poem. In 2014, he received a National Arts Medal for "expanding our perceptions of the Romantic tradition and broadening the study of literature." He died on April 21, 2015 at the age of 102. 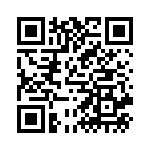