Página 6
21 And the LORD God caused a deep 3 And God blessed the seventh day ,
sleep to fall upon Adam , and he slept ; anel sanctified it : because that in it he
and he took one of his ribs , and closed had rested from all his work which God
2.2 and ...
Página 9
17 And , behold , I , even I , do bring a The wickedness of the world , which
provoked food of waters upon the earth , to de God's wrath , and caused the flood
. 8 Noah stroy all flesh , wherein is the breath findeth grace . 14 The order , form ,
and ...
Página 56
I will cause it to rain a very grievous 34 And when Pharaoh saw that the hail ,
such as hath not been in Egypt rain and the hail and the thunders were since the
foundation thereof even until ceased , he sinned yet more , and hard . now . ened
...
Página 68
Sundry laws EXODUS . and ordinances . which another challengeth to be his ,
thu 30 Likewise shalt thou do with thine cause of both parties shall come before
oxen , and with thy sheep : seven days it the judges ; and whom the judges shall
...
Página 100
... and they shall cast them into a wave offering before the LORD : an unclean
place without the city : 25 And he shall kill the lamb of the 41 And he shall cause
the house to be trespass offering , and the priest shall scraped within round about
...
Siguiente »

Página 58 - For I will pass through the land of Egypt this night, and will smite all the firstborn in the land of Egypt, both man and beast; and against all the gods of Egypt I will execute judgment: I am the Lord...
Aparece en 435 libros desde 1730-2008
Página 311 - And it came to pass at noon, that Elijah mocked them, and said, Cry aloud : for he is a god ; either he is talking, or he is pursuing, or he is in a journey, or peradventure he sleepeth, and must be awaked.
Aparece en 462 libros desde 1805-2008
Más
Página 320 - And he went up, and lay upon the child, and put his mouth upon his mouth, and his eyes upon his eyes, and his hands upon his hands : and he stretched himself upon the child ; and the flesh of the child waxed warm.
Aparece en 343 libros desde 1735-2008
Página 43 - And thou shalt dwell in the land of Goshen, and thou shalt be near unto me, thou, and thy children, and thy children's children, and thy flocks, and thy herds, and all that thou hast: 11 And there will I nourish thee...
Aparece en 326 libros desde 1802-2007
Página 545 - Make the heart of this people fat, and make their ears heavy, and shut their eyes; lest they see with their eyes, and hear with their ears, and understand- with their heart, and convert, and be healed.
Aparece en 495 libros desde 1611-2008
Página 369 - Both riches and honour come of thee, and thou reignest over all; and in thine hand is power and might; and in thine hand it is to make great, and to give strength unto all.
Aparece en 424 libros desde 1654-2008
Página 16 - And I will make thee exceeding fruitful, and I will make nations of thee, and kings shall come out of thee. And I will establish my covenant between me and thee, and thy seed after thee, in their generations, for an everlasting covenant, to be a God unto thee, and to thy seed after thee.
Aparece en 474 libros desde 1730-2008
Página 10 - And all flesh died that moved upon the earth, both of fowl, and of cattle, and of beast, and of every creeping thing that creepeth upon the earth, and every man: 22 All in whose nostrils was the breath of life, of all that was in the dry land, died.
Aparece en 384 libros desde 1730-2008
Página 531 - There be three things which are too wonderful for me, yea, four which I know not: The way of an eagle in the air; the way of a serpent upon a rock; the way of a ship in the midst of the sea; and the way of a man with a maid.
Aparece en 357 libros desde 1611-2007
Página 226 - And Samson said, Let me die with the Philistines. And he bowed himself with all his might ; and the house fell upon the lords, and upon all the people that were therein. So the dead which he slew at his death were more than they which he slew in his life.
Aparece en 309 libros desde 1809-2008
Menos 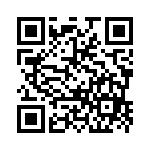