The author's dedication—to her grandmother, —a Confederate to the last——tells you everything you need to know. The Jefferson Davis here is chivalrous and honorable, pious and caring, the ... Leer comentario completo

The subject of both laudatory and critical studies since the time of the American Civil War, Jefferson Davis remains a controversial and enigmatic figure. In this truly comprehensive volume, Allen, an ... Leer comentario completo 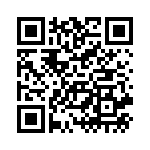