Página 32
hormones , and enzymes all consist of different kinds of proteins formed by
particular combinations of amino acids linked into long , complex chains .
Between 15 percent and 40 percent by weight of cooked meat , fish , fowl , and
milk solids ...
Página 33
Many plant foods as well as animal foods contain all ten of the essential amino
acids . But the problem is that the ratios in which they occur one to another limit
their ability to be converted into proteins . The ratios of essential amino acids in ...
Página 34
In this view , the world food problem is not that plant foods are an inferior source
of amino acids but that a deficit of calories in the diet prevents the amino acids in
plants from being “ spared ” and used as protein rather than as energy . 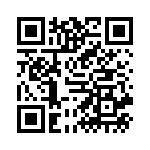