Ever since Frances Yates's Giordano Bruno and the Hermetic Tradition (1964), Bruno has been presented in English-language scholarly books as more a hermetic philosopher or magician than a forerunner ... Leer comentario completo

Hilary Gatti is Associate Professor at the Universit'di Roma'La Sapienza.'Her books include The Renaissance Drama of Knowledge: Giordano Bruno in England and The Natural Philosophy of Thomas Harriot. 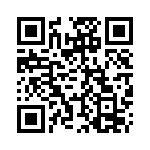