This is an excellent source to find and fill required reading for school. Leer comentario completo

William Shakespeare (1564-1616) was born to John Shakespeare and mother Mary Arden some time in late April 1564 in Stratford-upon-Avon. He wrote about 38 plays (the precise number is uncertain), a collection of sonnets and a variety of other poems.


Stanley Wells is Emeritus Professor of the University of Birmingham and Chairman of the Shakespeare Birthplace Trust.

Norman Sanders is retired from the position of Professor of Shakespeare at the University of Tennessee. He has also edited Julius Caesar in the Penguin Shakespeare series. 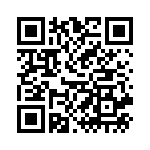