William H. Willimon is Bishop of the North Alabama Conference of the United Methodist Church. From 1984 to 2004, he was Dean of the Chapel and Professor of Christian Ministry at Duke University. Willimon is the author of dozens of books, which together have sold more than one million copies. His book Worship as Pastoral Care was selected as one of the ten most useful books for pastors by the Academy of Parish Clergy in 1979. An international survey conducted by Baylor University in 1996 named him one of the twelve most effective preachers in the English-speaking world. Willimon lives in Birmingham, Alabama. 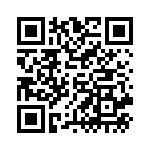