James Warden Jr. is a graduate of Mid-American Nazarene University of Olathe, Kansas. For six years he served as a Christian radio announcer on Kansas City’s Christian station KCNW. He was ordained into the ministry by Don and Velma Aston of Overland Park, Kansas, pastors of Grace Church of the Living God in 1992. He is the founder and President of Have You Heard the Good News, an international radio ministry. He is author of several books: One Hundred Reasons Why Born Again Believers Cannot Lose Their Salvation (Salvation by Grace Explained), Biblical History and Prophecy of the Races (Nations), Prophecy Checklist. He is presently working on his next books titled Types and Shadows in Scripture: See What You’re Missing and How God’s Forgiveness Operates Under Grace. He offers seminars regarding Eternal Security, Biblical History, Prophecy, and Bible Types and Shadows. He resides in Texas. To contact him for speaking engagements or to order ministry tapes, books, or Bible study aids e-mail him at james.wardenjr@att.net with the heading of "Prophecy Checklist" or it will be deleted as spam. www.PROPHECYCHECKLIST.COM 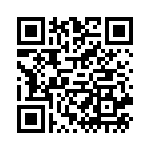