Página 16
For example , to anticipate things to come , the most carnivorous cuisines are
associated with relatively low population densities and lands not needed or
unsuitable for planting crops . In contrast , the most herbivorous cuisines are
associated ...
Página 33
For example , humans need twice as much of the essential amino acid
methionine as of threonine , but beans have four times as much threonine as
methionine . Strictly speaking , human flesh itself contains the highest - quality
protein that ...
Página 82
Among birds , for example , Leviticus bans the flesh of the eagle , ossifrage ,
osprey , ostrich , kite , falcon , raven , nighthawk , sea gull , hawk , cormorant , ibis
, waterhen , pelican , vulture , stork , hoopoe , and bat ( not a bird of course ) . 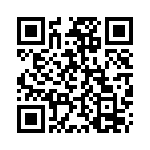