Página 113
They do not reflect , philosophically , on possible reasons for why the husband ' s
rule over the wife might be necessary or desirable or just plain inevitable . And in
interpreting the remark about male rule , they ignore its local context and its ...
Página 115
This possibility of conflict of interest all by itself points to the need for rule and
authority , especially when the unruly children start to emerge . Yet the institution
of rule itself carries with it , inevitably , the likelihood of inequality and , hence ,
the ...
Página 211
... those who “ see through ” authority become incapable of exercising authority
and must live under the rule of others ; those who deny covenant are bound to
accept the rule of the stronger — that is , slavery and tyranny — precisely what
the ...

Insight on a most important book

I appreciated his insights and reflections. Also his holding his opinions firmly yet with a seeming open hand on many of the more difficult, ambiguous passages. A great book. I hope to incorporate his ... Leer comentario completo

Leon R. Kass is the Addie Clark Harding Professor (on leave) in the Committee on Social Thought and the College at the University of Chicago and Hertog Fellow in Social Thought at the American Enterprise Insti-tute. Currently Chairman of the President's Council on Bioethics, he is the author of three books, most recently Life, Liberty, and the Defense of Dignity: The Challenge for Bioethics, and coauthor of two more. He lives in Washington, D.C., and Chicago. 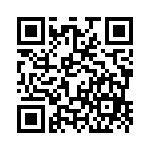