Página 17
9 And Adonijah slew sheep, and oxen, andfat gattle, by the stone of Zoheleth,
which is by En-rogel, and called his brethren the king's sons, and all the men of
Judah the king's servants: 10 But Nāthan the prophet, and Benaiah, and the
mighty ...
Página 17
Johaz reigns wickedly. .6 At that time Rezin king of Sy; ria recovered Elath to
Syria, and draye the Jews from Elath; and the Syrians came to Elath, and dwelt
there unto this day. 7 Sq Ahaz sent messengers to Tiglath-pileser, king of .
Assyria ...
Página 5
But the o Washti refused meat the king's 1----- by his chamberlains: therefore was
the king very wroth, and his anger burned in him. .. - 13 "I Then, the king said to
the wise men, which knew the times, (for so was the king's manner toward all that
... 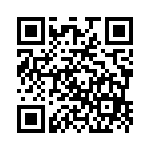