Página 70
Waved round the coast , up - called a pitchy His spear - to equal which the tallest pine cloud Hewn on Norwegian hills , to be the mast Of locusts , warping on the eastern wind , Of some great Ammiral , were but a wand That o'er the ...
Página 83
The other Shapethings , 625 If shape it might be called that shape had Abominable , inutterable , and worse Than fables yet have feigned or fear con- Distinguishable in member , joint , or limb ; ceived . Or substance might be called ...
Página 190
It should rather to their merit , and the light in which the world be called a conspiracy against morals and considers them . good manners , and be punished as such by the There are two sorts of good company ; one , civil magistrate . 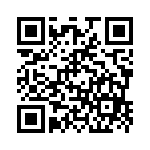