I simply cannot get over the unusualness of "The End Times Passover" by knowledgeable and influential author Joe Ortiz. And I say that having read many of the best known Bible prophecy books in circulation such as the ones by Hal Lindsey, Tim LaHaye, Grant Jeffrey, Chuck Missler, Todd Strandberg, Jack Van Impe, John Hagee, and Jimmy Swaggart.
But the eight names I just listed all have one thing in common. Whether they realize it or not, they have built their reputations on the backs of various schemers-turned-"scholars" who wittingly and even unwittingly had a hand in furthering an extremely questionable apocalyptic movement that had its birth and early development among tiny, eccentric groups in Britain during the early 1800s.
Whenever anyone looks into the writings of the above "Gang of Eight" (for want of a better term), he can easily conclude that the same writings are more valuable for style than substance.
For example, the late Dr. John Walvoord (the long-time president of Dallas Theological Seminary who was viewed as the most knowledgeable pretribulationist on earth) claimed in several of his writings that there are four distinct and contradictory schools of thought within posttribulationism - a "discovery" which somehow had escaped all other theological scholars.
Walvoord asserted that the four posttrib divisions are "classic," "semiclassic," "futurist," or "dispensational."
He stated that "classic" posttribs believe in "any day" imminency, a nonliteral tribulation, and a literal millennium. But he also managed to find the same three views in the "semiclassic" group!
When looking at the semiclassic division, he discovered some who see a future tribulation. But he also saw the same futurism in three of the four groups - even though only one of them is labeled "futurist"!
Walvoord remarked that his third ("futurist") group is noted for belief in a literal future tribulation and a literal millennium, adding that it doesn't embrace "any day" imminency.
But his fourth ("dispensational") category has the same non-imminency! Moreover, tribulational futurism is found in all groups except the first one, and he admitted that a literal millennium is in all four divisions!
After his so-called discovery appeared in print, there were those who viewed it as a classic example of "distinctions without a difference" - all the more noticeable in light of the easily proven fact that pretribulationism itself has long been characterized by disagreements among its followers including infighting over its main points and subpoints! (The chapter entitled "A House Divided" in Dave MacPherson's book "The Incredible Cover-Up" is stunning proof of this.)
Joe Ortiz' volume "The End Times Passover," on the other hand, is not only a breath of fresh air in contrast to pretribulationism's frothiness and unscholarliness but it is also immensely informative and readable. And the Ortiz work is a view of the future that readers of prophecy can count on - an end times view that is as orthodox and old as Christianity itself!

Everyone has heard of the "any-moment pretribulation rapture" which many shorten to just the "rapture." It refers to the return of Christ that's supposed to happen before the return of Christ! Rapturists don't exactly express it this way because they don't want folks to know how confusing (some would say "devious") their 19th century system of "dispensationalism" (the key feature of which is the "rapture") really is. Well, is it confusing or devious? Let's analyze one of their favorite Bible passages and you can decide. They quote "caught up together...to meet the Lord in the air" (I Thess. 4:17) and claim it will occur BEFORE the future tribulation. But they invariably ignore following verses where Paul reveals WHEN ("the times and the seasons") it really happens; he ties it to the "day of the Lord" when "sudden destruction" happens! If this destruction happens before, or even during, the tribulation, who would be left to serve the Antichrist? Confusing or devious? They also claim that the "twinkling of an eye" rapture (I Cor. 15:52) is pretrib but purposely ignore that when "immortality" is fulfilled in that instant, "Death" will be "swallowed up" (vs. 54) - a paraphrase of a posttrib event in Isa. 25:8! How can death be ended before, or even during, the worst time of death ever? Are they confusing or devious? You can decide if you obtain two prophecy books by Joe Ortiz that are highly endorsed theological masterpieces. Their titles: "The End Times Passover" and "Christians Will Suffer 'Great Tribulation.'" Both are the wave of the future that can be yours right now if you look up Author House on the internet. It's that easy. And that important. And neither book is confusing or devious! Dave MacPherson (author of "The Rapture Plot")

Página 424 - And you hath he quickened, who were dead in trespasses and sins ; wherein in time past ye walked according to the course of this world, according to the prince of the power of the air, the spirit that now worketh in the children of disobedience...
Aparece en 920 libros desde 1660-2008
Página 426 - And I saw thrones, and they sat upon them, and judgment was given unto them: and I saw the souls of them that were beheaded for the witness of Jesus, and for the word of God, and which had not worshipped the beast, neither his image, neither had received his mark upon their foreheads, or in their hands ; and they lived and reigned with Christ a thousand years.
Aparece en 1210 libros desde 1181-2008
Más
Página 18 - For Moses truly said unto the fathers, A Prophet shall the Lord your God raise up unto you of your brethren, like unto me ; Him shall ye hear in all things whatsoever He shall say unto you. And it shall come to pass, that every soul which will not hear that Prophet shall be destroyed from among the people.
Aparece en 863 libros desde 1694-2008
Página 481 - In the midst of the street of it, and on either side of the river, was there the tree of life, which bare twelve manner of fruits, and yielded her fruit every month : and the leaves of the tree were for the healing of the nations.
Aparece en 1128 libros desde 1706-2008
Página 451 - There shall be no more thence an infant of days, nor an old man that hath not filled his days: for the child shall die an hundred years old; but the sinner, being an hundred years old, shall be accursed.
Aparece en 742 libros desde 1181-2008
Página 54 - And he said unto them, These are the words which I spake unto you, while I was yet with you, that all things must be fulfilled which were written in the law of Moses, and in the Prophets, and in the Psalms concerning me.
Aparece en 935 libros desde 1747-2008
Menos

Joe Ortiz has the distinction of being the first Mexican American journalist in US history to conduct a talk show on an English-language, commercial radio station. He began his broadcasting career in 1971 in the highly competitive Los Angeles media market. He went on to become an award-winning broadcaster, news reporter and newspaper columnist in Los Angeles for over 20 years. A Born Again Christian since 1975, he wrote his first book, Saved, What Do You Mean Saved? (GBM Books) in 1983, and began writing The End Times Passover in 1985 while operating his own public relations company. He implemented publicity for numerous clients, including special events that featured many renowned celebrities and sports personalities. He also provided public relation to numerous community organizations and many elected officials in California. During his broadcasting career he also worked as a Parole Agent and Job Agent for the State of California, a public information specialist for the largest anti-poverty agency in the southwest; and a teacher/administrator at Los Angeles City Schools and South Bay College. He began his talk show career on KABC-AM 79 and received a Golden Mike Award for news reporting while at KPFK-FM Radio and the Angel Award for Best Talk Show Host in 1973 while hosting a show at KCBS Television. In the November, 1989 issue of Hispanic Business Magazine, he was named to that national periodical's 100 Most Influential Hispanics in the US for his broadcasting excellence. Educated at the University of California at Riverside and UCLA, he holds California State credentials to teach Public Relations, Public Affairs Broadcasting, Human Relations in Business, and Personnel Training and Related Occupations. He has taught at Riverside City College and both Los Angeles and Riverside Unified School Districts. Web sites are:http://sites.google.com/site/theendtimespassover/main-page and http://sites.google.com/site/joeortizassociates/Home/joe-ortiz-associates 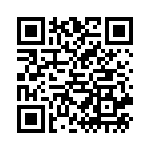