Página 358
To avoid so dreadful a result , the garden , he commenced at once an I
determined at once to dissolve the explanation . connexion , and removed to this
place , He was residing , he told me , in Pa- where I am happy to find my child ris
...
Página 57
In Macadamizing a stray party ” —where I should inevitably sit stone in one of his
periodical pud- next to a deaf lady , who had been , dings , I once lost a tooth ,
and with it when a little girl , patted on the head an heiress of some reputation .
Página 275
The sun was tervals , “ once the world was all to just resting his huge disk on the
tops ine - I thought I would never tire of of the distant mountains , and its glory and
its beauty ; but I have thin haze that covered the horizon learned that there are ... 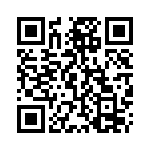