Pßgina 7
Yet if it even were , the additional labour in which it involves the learner , without
any possible advantage , would be a sufficient reason for rejecting it , the correct
understanding of a dead language by no means depending upon its original ...
Pßgina 8
Aleph , He , Vau , Jod , and Oin are to be considered the long vowels of the
language . Short ones , not written , were probably in constant use in
pronouncing the words in which none of the above five vowels occur ; and
possibly after most of ...
Pßgina 9
Short vowels in our own language are frequently almost lost in speaking ; and
there are many words , which , if written without them , would become , by a little
experience , as intelligible , and be as easily read by us , as those Hebrew words
...
Pßgina 21
But the Hebrew language , in such instances , with much more propriety ,
preserves the gender of the antecedent , to which such pronoun may relate , and
does not accommodate the gender of the possessive to that of the noun with
which it ...
Pßgina 158
This was the eastern manner and necessarily takes place , when language is not
copious , and eloquence unimproved . Not only religion , but laws and history
were in ancient Ę times committed to poetry . Considering the age , country ...

Pßgina 51 - Now the serpent was more subtil than any beast of the field which the LORD God had made. And he said unto the woman, Yea, hath God said, Ye shall not eat of every tree of the garden?
Aparece en 1022 libros desde 1730-2008
Pßgina 57 - And the Lord God said unto the woman, What is this that thou hast done ? And the woman said, The serpent beguiled me, and I did eat.
Aparece en 928 libros desde 1735-2008
Mßs
Pßgina 45 - And the Lord God said, It is not good that the man should be alone; I will make him an help meet for him.
Aparece en 996 libros desde 1705-2008
Pßgina 149 - Doth Job fear God for nought? Hast not thou made an hedge about him, and about his house, and about all that he hath on every side ? thou hast blessed the work of his hands, and his substance is increased in the land. But put forth thine hand now, and touch all that he hath, and he will curse thee to thy face.
Aparece en 893 libros desde 1663-2008
Pßgina 29 - And God created great whales, and every living creature that moveth, which the waters brought forth abundantly, after their kind, and every winged fowl after his kind : and God saw that it was good. And God blessed them, saying, Be fruitful, and multiply, and fill the waters in the seas, and let fowl multiply in the earth.
Aparece en 1072 libros desde 1723-2008
Pßgina 127 - ... but with righteousness shall he judge the poor, and reprove with equity for the meek of the earth: and he shall smite the earth with the rod of his mouth, and with the breath of his lips shall he slay the wicked.
Aparece en 1239 libros desde 1611-2008
Pßgina 17 - And God made the firmament, and divided the waters which were under the firmament from the waters which were above the firmament : and it was so. 8 And God called the firmament Heaven. And the evening and the morning were the second day.
Aparece en 935 libros desde 1730-2008
Pßgina 121 - I will declare thy name unto my brethren : in the midst of the congregation will I praise thee.
Aparece en 845 libros desde 1800-2008
Pßgina 101 - The kings of the earth set themselves, and the rulers take counsel together, against the Lord, and against his anointed, saying, 3 Let us break their bands asunder, and cast away their cords from us.
Aparece en 802 libros desde 1714-2008
Pßgina 39 - These are the generations of the heavens and of the earth, when they were created, in the day that the Lord God made the earth and the heavens, and every plant of the field, before it was in the earth, and every herb of the field, before it grew : for the Lord God had not caused it to rain upon the earth, and there was not a man to till the ground.
Aparece en 1009 libros desde 1730-2008
Menos 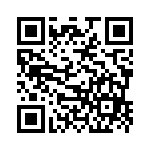