Evan Hunter was born in 1926 in East Harlem, New York on October 15, 1926. During World War II, he joined the Navy and served aboard a destroyer in the Pacific. He graduated from Hunter College, were he majored in English and psychology, with minors in dramatics and education. He was a prolific writer who also wrote under the names of Ed McBain, Curt Cannon, Hunt Collins, Ezra Hannon, and Richard Marsten. His first major success came in 1954 with the publication of The Blackboard Jungle, which was later adapted as a film. He published the first three books in the 87th Precinct series in 1956 under the name of Ed McBain. He also wrote juvenile books, plays, television scripts, and stories and articles for magazines. He won the Mystery Writers of America Award in 1957 and the Grand Master Award in 1986 for lifetime achievement. He died of laryngeal cancer on July 6, 2005 at the age of 78. 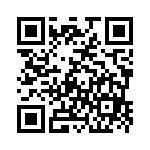