This is Book 1 in Cori’s trilogy, The Sirian Revelations. I have previously read Book 2. These are channelled works from the Speakers of the Sirian High Council, informing us of the coming ascension ... Leer comentario completo

The Sirian Revelations puts so many puzzle pieces together from such a metaphysical perspective that it seems like it comes from beyond our vantage point in the third dimension...that's because it ... Leer comentario completo

Raised in the San Francisco Bay Area, Patricia Cori has been immersed in the New Age Movement since its inception in the early 1970s. She has utilized her clairvoyant abilities in healing and support work throughout her life, which has been dedicated in great part to the study of mysticism and philosophy, ancient civilizations, shamanism, metaphysical healing, spirituality, and extraterrestrial life.
Patricia Cori has lived in Italy since 1983. In 1995, she founded the LightWorks Association, a non-profit organization whose studios in Rome served as a healing center, school, and the city's only New Age Library. She is a prominent figure in the New Age Movement, well-known on the international lecture circuit--offering courses, seminars, and workshops around the world on a vast range of topics, which reflect her broad knowledge of alternative methodology in healing, her mission as the voice of the Sirian High Council, and her remarkable gift of helping others rekindle and ignite their inner power.
She will begin hosting a new radio program, Beyond the Matrix, on BBSradio.com (from August 19, 2007), dedicated to helping people get out of the box of convention and think about the underlying truths of our current world. 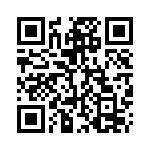