Página 24
However , this expansion of the circuits of exchange did not lead to a major restructuring of production relations in the Malay peninsula and the neighboring islands . Their major exports - camphor , aromatic woods , tortoise shells ...
Página 63
This measure takes into account all the major countries ed in trade , but unfortunately it is not as intuitively clear as proportional or ratio variables . It is best used in combination with them ( Modelski and Thompson , 1988 : 100 ) ...
Página 137
The Mahmudiyyah canal , a major waterway linking Alexandria to the Nile , was completed in 1820. In the 1850s , Egypt's first railway connected Alexandria and Cairo ; by the 1860s , Alexandria was linked to several agricultural market ...

RESAT KASABA is Assistant Professor at the H. M. Jackson School of International Studies, University of Washington, and Adjunct Professor of Sociology. He is the author of The Ottoman Empire and the World-Economy and has contributed articles and essays to Commercial Agriculture in the Middle East, Review, and Rethinking the Nineteenth Century (Greenwood Press, 1988). 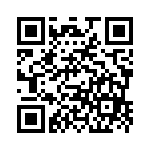