Anna hinted to this book and Gram backed up her clims that oddities in life life spelling on a contract or legal document has ways of changing the dynamic. great book, thiunk i will read it.

I have read this book 3 times already, Since the very first time Iso can see a movie from this book I met the author twicw when I saw him the second time I told him that I was looking foward to see hus book in big screem, I also want to see "Estafa al corazon" by Pablo Padula 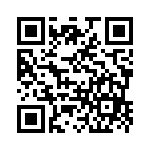