Página 34
What more of our men were killed , I did not fee , nor know ; I was brought toward
Douglas . They used me civilly , and brought me drink out of a house by the way .
At Douglas , Janet Cleland was kind to me , and brought a Surgeon to me , who ...
Página 99
I leave my blood on Serjeant Warrock , who took me , and brought me to prison . I
leave my blood on the criminal lords , as they call themselves , and especially
that excommunicate tyrant George Mackenzie , the advocate , and the fifteen ...
Página 163
I may speak this from my own experience ; for I was as a brand plucked out of the
fire : and he hath brought me through many dificulties , temp . tations and snares ,
and made my soul escape as a bird out of the cunning fowler's net , and ...
Página 287
T Loving Mother and Sister , HIS is to let you know , that that day which I was
brought to the tolbooth of the Canongate , and we were put into the irons , and
the shackles put upon our arms , and to - morrow about eleven o'clock , I was
brought ...
Página 288
Then they caused take me away ; and then a little after they brought me before
them again the third time , and pressed upon me again to declare : I utterly
refused . Then they caused the executioner to take me a little aback , and made
me fit ...

According to other copies scanned by Google, the author is not Jesus Christ, as the book's author is currently listed (as of Dec. 2010), but rather John Henderson Thomson.
Cf. http://books.google.com/books?id=N4UaAAAAMAAJ

Página 346 - How long, O Lord, holy and true, dost thou not judge and avenge our blood on them that dwell on the earth ? and white robes were given unto every one of them ; and it was said unto them, that they should rest yet for a little season, until their fellowservants also and their brethren, that should be killed as they were, should be fulfilled.
Aparece en 727 libros desde 1715-2008
Página 247 - Israel, Fear not : for I have redeemed thee, I have called thee by thy name ; thou art mine. When thou passest through the waters, I will be with thee ; . and through the rivers, they shall not overflow thee : when thou walkest through the fire, thou shalt not be burned ; neither shall the flame kindle upon thee. For I am the Lord thy God, the Holy One of Israel, thy Saviour...
Aparece en 1093 libros desde 1611-2008
Más
Página 199 - If there come any unto you, and bring not this doctrine, receive him not into your house, neither bid him God speed : for he that biddeth him God speed is partaker of his evil deeds.
Aparece en 944 libros desde 1584-2008
Página 50 - Elijah came unto all the people, and said, How long halt ye between two opinions ? if the Lord be God, follow him : but if Baal then follow him.
Aparece en 816 libros desde 1680-2008
Página 310 - Then I was by him, as one brought up with him: And I was daily his delight, Rejoicing always before him; Rejoicing in the habitable part of his earth; And my delights were with the sons of men.
Aparece en 949 libros desde 1660-2008
Página 20 - Except a man be born again, he cannot enter into the kingdom of God,
Aparece en 468 libros desde 1660-2008
Página 174 - If any man worship the beast and his image, and receive his mark in his forehead, or -in his hand, the same shall drink of the wine of the wrath of God, which is poured out without mixture into the cup of his indignation, and he shall be tormented with fire and brimstone in the presence of the holy angels, and in the presence of the Lamb.
Aparece en 900 libros desde 1664-2008
Página 167 - Woe to the rebellious children, saith the Lord, that take counsel, but not of Me ; and that cover with a covering, but not of My spirit, that they may add sin to sin...
Aparece en 274 libros desde 1694-2008
Página 313 - Therefore leaving the principles of the doctrine of Christ, let us go on unto perfection ; not laying again the foundation of repentance from dead works, and of faith toward God, of the doctrine of baptisms, and of laying on of hands, and of resurrection of the dead, and of eternal judgment.
Aparece en 859 libros desde 1694-2008
Página 119 - If ye will not hear, and if ye will not lay it to heart, To give glory unto my name, saith the Lord of hosts, I will even send a curse upon you, and I will curse your blessings: Yea, I have cursed them already, because ye do not lay it to heart.
Aparece en 336 libros desde 1660-2008
Menos 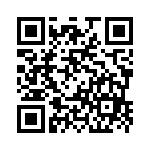