Página 116
To explain myself a little farther on this head : ( 1 ) Not only sin , properly so
called , ( that is , a voluntary transgression of a known law , ) but sin , improperly
so called , ( that is , an involuntary transgression of a divine law , known or
unknown ...
Página 177
... more concerned with the giving up of pride , self - will , seeking after place and
wealth - things which tend toward the worldthan he is those things which he
doubts the common man will be called upon to abandon , such as family or life
itself .
Página 236
Wesley ends his sermon with this impassioned plea to his followers , which
testifies to his own emphasis on the duty : I have now only a few words to add
unto you , my brethren , who are vulgarly called Methodists . I never heard or
read of any ... 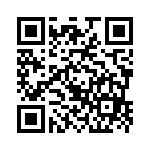