Página 27
Quadragesima Six Rogation Sunday Five Weeks Ascension - Day is Forty Days
Whitsunday After Easter . Seven Weeks Trinity Sunday Eight Weeks Sunday is
Eight A TABLE OF FEASTS , To be observed in this Church , throughout the Year
.
Página 29
If 3 22 D the Full Moon happen upon a 23 E Sunday , then ( according to the 11
24 F first rule ) the next Sunday after 25 G is Easter . Day . 19 26 A To find the
Golden Number of 8 27 B Prime , add 1 to the year of our 28 с Lord , and then
divide ...
Página 30
According to the Use of the Protestant Episcopal Church in the United States of
America: Together with the Psalter, Or Psalms of David Episcopal Church.
Another TABLE to find Easter till the Year 1899 , inclusive . SUNDAY LETTERS . |
14 15 ...
Página 77
... one And when he had agreed with end of heaven to the other . the labourers
for a penny a day , he sent them into his The Sunday called Septuage - vineyard .
And he went out sima , or the Third Sunday about the third hour , and saw before
...
Página 126
The Third Sunday after the Pharisees and Scribes mur . Trinity . mured , saying ,
This man reThe Collect , ceiveth sinners , and eateth with thein . And he spake
mercifully to hear us ; What man of you having an and grant that we , to whom ... 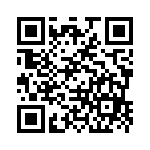