This collection is more consistently "ight" than Auden's version, and starts later (with Shakespeare) and is proportionately more modern, ging down close to the 70's when it was published. However, somehow I was not as fascinated by it as I was by some items in the earlier version. Leer comentario completo

Since Amis includes both American and British authors in his anthology, it seems odd to me that Ogden Nash is not included. Still, there are many other gems in this volume, which appears weighted toward poets known for more serious work. Leer comentario completo

Kingsley Amis is generally considered one of the "angry young men" of the 1950s. He was born in London in 1922 and educated at the City of London School. He received a degree in English language and literature from St. John's College, Oxford, in 1947. Until 1961 Amis lectured in English at University College, Swansea, and for the following two years at Cambridge. In 1947 Amis published his first collection of poems, Bright November. Frame of Mind followed in 1953 and Poems: Fantasy Portraits in 1954. His first novel, Lucky Jim (1954), established his reputation as a writer. He followed with That Uncertain Feeling (1956), and I Like It Here (1958). A longtime James Bond devotee, Amis wrote a James Bond adventure after the death of Ian Fleming in 1964. Amis's study of the famous spy was titled The James Bond Dossier (1965). Amis received the Booker Prize for the Old Devils (1986). Amis's later works include Memoirs (1990), and The King's English, a collection of essays on the craft of writing well. Amis was knighted in 1990. He died in 1995. 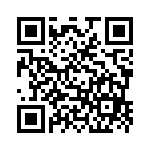