Pįgina 254
The phrase by which Sarastro describes the "hand of friendship" supporting the
repentant sinner is accompanied, during its long, mounting line, by a unison (
more exactly, a doubling at the octave) of the first violins, which "accompany" the
...
Pįgina 276
Thus one has the equivalent of an exposition, be it four entries at the octave,
diversely combined with the large, then larger, amplifications of the
countersubject: second violins, then first violins (shortened theme), violas, and
finally ...
Pįgina 286
A ravishing violin interpolation, doubling the voice with a different phrase (on the
words "Kind zubandelst" ) , introduces something like a reminiscence of the
marvelous duet of the two women in Le Nozze di Figaro. Note also the significant
... 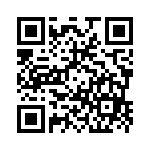