Página 169
MALCOLM X TT e was called Malcolm Little , Big Red , Satan , Homeboy , El -
Hajj Malik El11 Shabazz , and other names , but he was best known as Malcolm
X , one of the most hated , feared , reviled , and despised men of the turbulent ...
Página 173
ous of the attention their father had given him , started to spread rumors about
Malcolm X . He was accused of trying to oust Elijah to take over the Nation of
Islam . At the same time , there was an increasing number of rumors that Elijah ...
Página 175
Malcolm X was 39 years old when he died , a martyr . The Autobiography of
Malcolm X , written with the assistance of Alex Haley , author of Roots , was
published in 1965 . In 1999 , it was named one of the top one hundred nonfiction
books of ...

Stories that changed America: muckrakers of the 20th century

Jensen (communications studies, Sonoma State Univ.), the author of Twenty Years of Censored News, expands his theme in this book to cover a century of muckrakers. Jensen presents 21 writers, including ... Leer comentario completo

\DR. CARL JENSEN is a professor emeritus of Sociology and Communications Studies at Sonoma State University in California and the author of Censored-The News That Didn't Make the News and Why from 1976 to 1996, and 20 Years of Censored News, in 1997. He founded Project Censored, the internationally recognized media research project, in 1976. 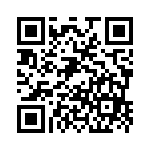