Página 127
His answer was , “ Tell them that it is my request , that they should make the
faithful discharge of their office their chief care and concern . ” " A day or two
before his departure , when he was visited by the doctor , he said , “ Doctor , in
heaven ...
Página 173
He has lived above a year in my family , has conducted himself in a decent ,
sober . manner , often manifested great concern about his soul , spent much of
his time in secret prayer , and often expressed his concern about the deplorable
state ...
Página 367
with the general concerns of the Society , and especially with that regard to the
Heathen world which is its most prominent and appropriate objecte · Having
stated the measures which have been taken during the last year , we shall briefly
... 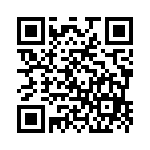