Victor Frankenstein is a scientist who lived somewhere in Geneva, Switzerland around the 1800's. He wanted to be a famous scientist like his professors. He wanted to bring life to a body so he used ... Leer comentario completo

Frankenstein, I don't know what to begin this review with? Let's start with The Pace, This book is painfully slow paced,especially when the story is narrated by Frankenstein or Victor Frankenstein who ... Leer comentario completo

Mary Shelley (Mary Wollstonecraft Godwin; 30 August 1797 - 1 February 1851) was an English novelist, short story writer, dramatist, essayist, biographer, and travel writer, best known for her Gothic novel Frankenstein: or, The Modern Prometheus (1818). She also edited and promoted the works of her husband, the Romantic poet and philosopher Percy Bysshe Shelley. Her father was the political philosopher William Godwin, and her mother was the philosopher and feminist Mary Wollstonecraft. Mary Godwin's mother died when she was eleven days old; afterwards, she and her older half-sister, Fanny Imlay, were raised by her father. When Mary was four, Godwin married his neighbour, Mary Jane Clairmont. Godwin provided his daughter with a rich, if informal, education, encouraging her to adhere to his liberal political theories. In 1814, Mary Godwin began a romantic relationship with one of her father's political followers, the married Percy Bysshe Shelley. Together with Mary's stepsister, Claire Clairmont, they left for France and travelled through Europe; upon their return to England, Mary was pregnant with Percy's child. Over the next two years, she and Percy faced ostracism, constant debt, and the death of their prematurely born daughter. They married in late 1816 after the suicide of Percy Shelley's first wife, Harriet. 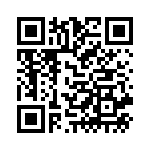