Página 17
47 The relationship of parts and wholes — Moore's " covering theory ” – is the
business of a structural description and until its ... Troilus in terms of symmetry ,
unity , and ultimately meaning.54 How then , is literary structure to be described ?
Página 23
I agree that interpretation is a higher form of criticism , and a more important one ,
than is structural description . As Bernard F. Huppé says , “ A method for the
structural analysis ... can be described , and the description can be useful , as
long ...
Página 90
The longest narrative unit of the book , # 45 , occurs near the beginning of this
section , and the two other long units , # 40 and # 62 , occur within the first and
third sections , an arrangement which supports the division described above . 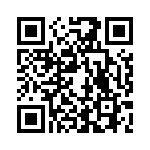