Página 33
The world , meantime , no doubt thought Anselm defeated . He had been injured
and insulted by the king in many ways during his residence in France . At a synod
held in London during his last residence in England , he had procured the ...
Página 105
This was an invaluable servant , and his dinners , especially in a time of siege
and famine , must have been most welcome : but no doubt , when the campaign
was over , the cook took care to supply his master's table with other meats
besides ...
Página 240
( In this charge he is however unhappy ; as , according to divers and sundry
calculations , it seems beyond a doubt , that the 15th of May , corresponding to
the 28th of the Julian May , is the birthday of the world ! * ) Few of the salient
absurdities ... 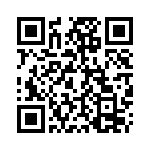