as usual with dr. geisler you may not agree with him but he does make strong the subject and is hard to disagree with. he is an excellent scholar with the best heart i know. after reading most of his ... Leer comentario completo

Not a general treatment, but a review of several specific trials and Supreme Court rulings, selected from between 1925 and 2005. The book is OK, but just not matched to my interest in why and how ... Leer comentario completo

Norman L. Geisler is author or coauthor of some sixty books, including The Baker Encyclopedia of Christian Apologetics and his four-volume Systematic Theology. He has taught at the university and graduate level for nearly forty years and has spoken or debated in all fifty states and in twenty-five countries. He holds a Ph.D. in philosophy from Loyola University and now serves as president of Southern Evangelical Seminary. 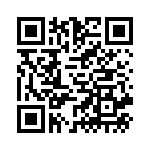