This is one of those books that I don't even remember exactly why or how I acquired. I mean, undoubtedly I acquired it in one of the bookstores where I was working, and undoubtedly it was free, but it ... Leer comentario completo

I got on to Jacobson before the Booker win, after reading a few stellar pieces (one in the Times magazine on older women, in particular). This, then, was my first Jacobson novel, after it caught my ... Leer comentario completo

Howard Jacobson was born on August 25, 1942 in Manchester, England. He is a Man Booker Prize-winning British author and journalist. He studied English at Downing College, Cambridge under F. R. Leavis. He lectured for three years at the University of Sydney before returning to England to teach at Selwyn College, Cambridge. His later teaching posts included a period at Wolverhampton Polytechnic from 1974 to 1980. His time at Wolverhampton was to form the basis of his first novel, Coming from Behind, a campus comedy about a failing polytechnic that plans to merge facilities with a local football club. He also wrote a travel book in 1987, titled In the Land of Oz, which was researched during his time as a visiting academic in Sydney. His fiction, particularly in the six novels he has published since 1998, is characterised chiefly by a discursive and humorous style. His 1999 novel The Mighty Walzer, about a teenage table tennis champion, won the Bollinger Everyman Wodehouse Prize for comic writing. In October 2010 Jacobson won the Man Booker Prize for his novel The Finkler Question, which was the first comic novel to win the prize since Kingsley Amis's The Old Devils in 1986. In 2013 he made The New York Times Best Seller List with his title Whole Rethinking the Science of Nutrition which he co-authored with T. Colin Campbell. He will be at the Oz, New Zealand festival of literature and arts program in 2015 in London. 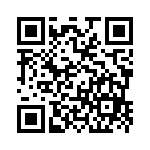