BARNETT C. HELZBERG, Jr., former president and CEO of Helzberg Diamonds, Inc. from 1962 to 1995, a period of success during which he led the expansion of the family-owned business from fewer than thirty jewelry stores to 143 stores in twenty-three states. Under Helzberg's leadership, the company defined the concept of placing jewelry stores in shopping malls and earned a national reputation for profitable, customer-focused operations. Its average per store sales of more than $2 million in 1994 were more than double the industry average. In a November 1994 industry report, Goldman Sachs said Helzberg Diamonds set the industry standard for customer service, calling the company the "Nordstrom of the jewelry business." 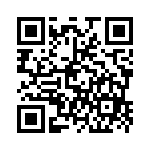