I picked this book up in the store at the National Archies, which has a great selection of history books and DVD's. I've been wanting to read more Revolution Era history, so this seemed appropriate ... Leer comentario completo

My first take after beginning this book was the title is misleading. Not because it isn't about Benjamin Franklin, but that it is not simply a biography. But upon further reflection, the title is ... Leer comentario completo

Edmund S. Morgan is Sterling Professor of History Emeritus at Yale University. He has written more than a dozen books including Inventing the People: The Rise of Popular Sovereignty in England and America, which won the Bancroft Prize, and American Slavery, American Freedom, which won the Francis Parkman Prize and the Albert J. Beveridge Award. Cited as "one of America's most distinguished historians," Morgan was awarded the National Humanities Medal in 2000. 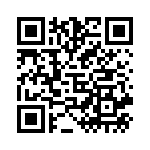