Paul Farmer is Presley Professor of Medical Anthropology at Harvard Medical School, Chief of the Division of Social Medicine and Health Inequalities at Brigham and Women’s Hospital, and Founding Director of Partners In Health. Among his books are Infections and Inequalities: The Modern Plagues (California, 1999), The Uses of Haiti (1994), and AIDS and Accusation: Haiti and the Geography of Blame (California, 1992). Farmer is the winner of a MacArthur Foundation "genius" award and the Margaret Mead Award for his contributions to public anthropology. Amartya Sen, whose work challenges conventional market-driven economic paradigms, is the winner of the 1998 Nobel Prize in economics. He teaches at Trinity College, Cambridge University. 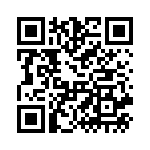