Roger Campbell (1930-2015) was in the ministry for over fifty years. He spent many years as a pastor, and in the late 1970's he launched Roger Campbell Ministries, an evangelical ministry through which he produced radio broadcasts, wrote weekly newspaper columns, and spoke at church Bible conferences. He is the author of nearly 30 books, including the acclaimed Preach for a Year series. 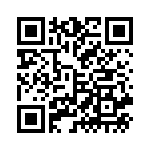