Página 129 - All eyes are opened, or opening, to the rights of man. The general spread of the light of science has already laid open to every view the palpable truth, that the mass of mankind has not been born with saddles on their backs, nor a favored few booted and spurred, ready to ride them legitimately, by the grace of God.
Aparece en 617 libros desde 1820-2008
Página 20 - If men were angels, no government would be necessary. If angels were to govern men, neither external nor internal controls on government would be necessary. In framing a government which is to be administered by men over men, the great difficulty lies in this: You must first enable the government to control the governed; and in the next place, oblige it to control itself.
Aparece en 998 libros desde 1798-2008
Más
Página 56 - ... regulatory legislation affecting ordinary commercial transactions is not to be pronounced unconstitutional unless in the light of the facts made known or generally assumed it is of such a character as to preclude the assumption that it rests upon some rational basis within the knowledge and experience of the legislators.* See Metropolitan Casualty Ins.
Aparece en 168 libros desde 1914-2008
Página 31 - A restriction on the amount of money a person or group can spend on political communication during a campaign necessarily reduces the quantity of expression by restricting the number of issues discussed, the depth of their exploration, and the size of the audience reached.
Aparece en 102 libros desde 1918-2007
Página 28 - I desire to know what kind of Government that is, and how much better it is than the State of Nature, where one Man commanding a multitude, has the Liberty to be Judge in his own Case, and may do to all his Subjects whatever he pleases, without the least liberty to any one to question or controle those who Execute his Pleasure?
Aparece en 120 libros desde 1764-2007
Página 113 - How much of the time do you think you can trust the government in Washington to do what is right — just about always, most of the time, or only some of the time?
Aparece en 381 libros desde 1927-2008
Página 26 - Extend the sphere, and you take in a greater variety of parties and interests; you make it less probable that a majority of the whole will have a common motive to invade the rights of other citizens; or, if such a common motive exists, it will be more difficult for all who feel it to discover their own strength and to act in unison with each other.
Aparece en 476 libros desde 1802-2008
Página 26 - Men of factious tempers, of local prejudices, or of sinister designs may by intrigue, by corruption, or by other means, first obtain the suffrages, and then betray the interests of the people.
Aparece en 261 libros desde 1817-2008
Página 112 - Would you say the government is pretty much run by a few big interests looking out for themselves or that it is run for the benefit of all the people?
Aparece en 289 libros desde 1927-2008
Página 21 - The people shall not be deprived or abridged of their right to speak, to write, or to publish their sentiments; and the freedom of the press, as one of the great bulwarks of liberty, shall be inviolable.
Aparece en 163 libros desde 1834-2008
Menos

John Samples directs the Cato Institute’s Center for Representative Government and teaches in the government program at the Johns Hopkins University in Washington, D.C. 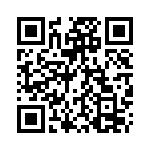