Satirical poet Alexander Pope was born in London on May 21, 1688. He was educated by private tutors. Many consider Pope to be the greatest poet of his time, and he also wrote commentaries and translations, he is best known for such poems as The Rape of the Lock and The Duncaid. Pope was the first English poet to make a substantial amount of money from his writing. Pope died on May 30, 1744. 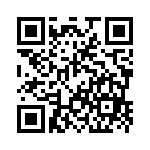