Página 253
EVANGELINE , Swiftly they hurried away to the forge of Basil the blacksmith .
There at the door they stood , with wondering eyes to behold him Take in his
leathern lap the hoof of the horse as a plaything , Nailing the shoe in its place ;
while ...
Página 257
... footsteps heard , and , suddenly lifted , Sounded the wooden latch , and the
door swung back on its hinges . Benedict knew by the hob - nailed shoes it was
Basil the blacksmith , And by her beating heart Evangeline knew who was with
him .
Página 267
... Bending with golden fruit , was spread the feast of betrothal . There in the
shade of the porch were the priest and the notary seated ; There good Benedict
sat , and sturdy Basil the blacksmith . Not far withdrawn from these , by the cider -.
267.
Página 270
Vain was the hope of escape ; and cries and fierce imprecations Rang through
the house of prayer ; and high o ' er the heads of the others Rose , with his arms
uplifted , the figure of Basil the blacksmith , As , on a stormy sea , a spar is tossed
...
Página 276
So unto separate ships were Basil and Gabriel carried , While in despair on the
shore Evangeline stood with her father . Half the task was not done when the sun
went down , and the twilight Deepened and darkened around ; and in haste the ...
Siguiente » 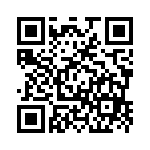