Página 24
It becomes Rodó's message that , since this is true , it is the duty of man , as a superior , conscious being , to guide and direct his modifications , and that after proper orientation , man himself can participate in shaping his ...
Página 27
Self - education , as it implies direct observation , originality , and especially conscientious and rational thought on one's own account , is also to be advised . It frees the individual from imposed molds , dogmas and systems , which ...
Página 115
In the passages quoted above , he merely inveighed against servile imitation in the direct tradition of Horace whose " O imitatores , servum pecus " has been a caution to artists ever since it was recorded in his Epistle ( i . 19. 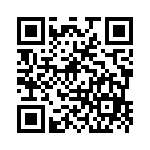