This is a nice introdcution to the writings of Owen Barfield. Surprisingly, he was an anthroplogist among the more naturally devout Christians, C.S. Lewis, J.R.R. Tolkien, and Charles Wiliams, the ... Leer comentario completo

OWEN BARFIELD was one of the most original and stimulating thinkers of the twentieth century, the man whose writings have won praise from figures as diverse as T.S. Eliot and Saul Bellow, Walter de la Mare and Howard Nemeroc, W. H. Auden and Marshall McLuhan. This comprehensive overview supplements major selections with numerous short supporting passages from the whole corpus of his writings and provides a glossary of Barfieldian terms and useful primary and secondary bibliographies.
A respected philosopher, jurist, and student of the nature of language and human consciousness, Owen Barfield's many books published by Wesleyan include Saving the Appearances (1988), Poetic Diction (1984), and Worlds Apart (1971). He lived in East Sussex, England, at the time of his death in 1997 at the age of 99. Barfield was a writer who gained a discriminating and dedicated readership on both sides of the Atlantic, but especially in the United States. 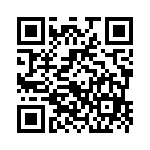