Pßgina 841 - As the apple tree among the trees of the wood, so is my beloved among the sons. I sat down under his shadow with great delight, and his fruit was sweet to my taste.
Aparece en 847 libros desde 1801-2008

James E. Smith is the John S. Quinn Professor of Accounting at the College of William and Mary. He has been a member of the Accounting Faculty for over thirty years. He received his Ph.D. degree from the University of Arizona. Professor Smith has served as a discussion leader for Continuing Professional Education programs for the AICPA, Federal Tax Workshops, and various state CPA societies. He has conducted programs in over 40 states for approximately 25,000 CPAs. He has been the recipient of the AICPA's Outstanding Discussion Leader Award and the American Taxation Association / Arthur Andersen Teaching Innovation Award. Other awards received by him include the Virginia Society of CPAs' Outstanding Accounting Educator Award and the James Madison University's Outstanding Accounting Educator Award. He was the President of the Administrators of Accounting Programs Group (AAPG) in 1991-1992. He was the faculty adviser for the William and Mary teams that received first place in the Andersen Tax Challenge in 1994, 1995, 1997, 2000, and 2001 and in the Deloitte & Touche Tax Case Study Competition in 2002, 2004, and 2005. 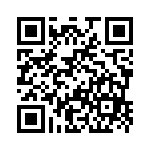